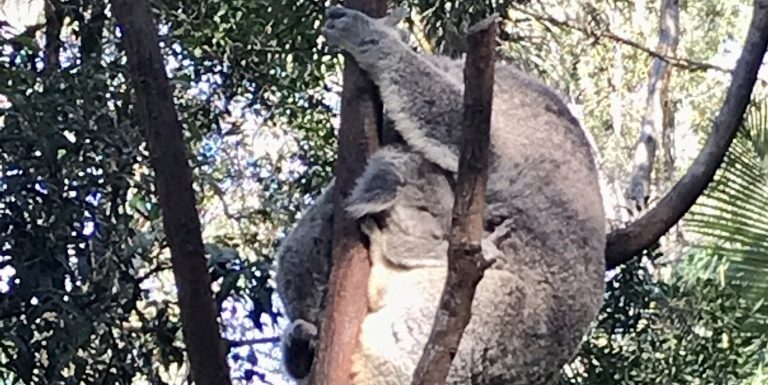 Last week I took a break from checking my emails and social media. This coincided with our first overseas family holiday to the Gold Coast in Australia. It wasn’t a pure digital detox as I still used my phone to look up tourist information, utilized maps for directions to places, took photos and a made a few phone calls. However, my mission was to not check my emails, Facebook, Twitter, Instagram or any other social media for a whole seven days.

This blog post is about how I went. It chronicles the good, bad and the downright ugly of a self-imposed email and social media blackout.

Sure, there were some amazing benefits from my time away from the online world. I truly observed the smiles on my children’s faces. The creative muse visited and I scribbled down some great ideas for a new children’s picture book. And I thoroughly enjoyed ploughing my way through a whole book – a luxury I want to do more of.

But all the while, in the background, Facebook was beckoning me.

The thought of turning off emails and social media for a week seemed really hard. Way harder than it really should be. After all, it’s just a matter of turning off any notifications and not pressing the app buttons. Why one earth would that feel like I am white-knuckling through an ordeal?

I actually had to psych myself up for it, tell myself it was for the best and I could do it. I also told friends and family my social media detox plans to keep myself accountable. In other words, I used tools from my book, Super Sexy Goal Setting to stick to this mini-goal.

We had an idyllic vacation under clear blue skies with busy days filled with spotting baby koalas and riding rollercoasters and watching dolphin tricks and eating ice-cream in the warm winter sun.

And yet… and yet…

I had an itchy finger the whole time. Maybe I could post this photo or that photo and get some likes. I needed the dopamine hit. Had I missed an important email? I could have let myself check emails but for me they seem like a gateway drug to social media. If I pressed on that app button, I don’t think I could trust myself not to press the next one along (no, I did not delete the email and social media apps off my phone but I had moved them off the first home screen).

Especially in the down times – when I was waiting to go on a ride at a theme park or in the evenings when the kids were in bed, it was an uncomfortable feeling to NOT be looking at my phone.

Now we are back to normal life again, the email and social media consumption has resumed – and at least in the first few days, it’s more ferocious than ever. So not much has changed – I am still hungry for my social media fix.

However, since the digital detox I can now see where I have tied or ‘anchored’ the checking in to habitual behavior. There are certain points in the day – before picking the kids up from school for example – where a social media foray is the norm. Picking up my phone when I am a little bored is also common. Now I can see this, I can stop these ingrained patterns. From now on, I want to interact in a more purposeful way with my phone.

During the week away I read Scar Tissue– a biography of the Red Hot Chili Peppers lead singer, Anthony Kiedis’ rise to fame which included a chronicle of his drug-filled early life.

Perhaps it was the influence of that book that has led to the extensive use of addiction references throughout this post – white-knuckling it, gateway drug, a hit, a fix. It may be overstating things to compare wanting to check Facebook multiple times per day with an ongoing heroin habit but the similarities are spooky.

After all, even though we had a great family vacation, there are three troubling observations from my one-week social media detox: the thought of giving up checking in with the online world seems hard, I do miss it when I am not on it, and after a break, I am right back at it.

Whether we have a digital addiction is still being debated – mostly online (!), but in the meantime, feel free to share this blog post on YOUR favorite social media site. 🙂 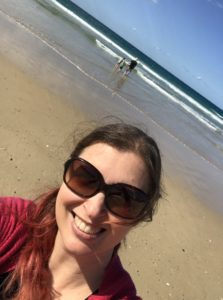