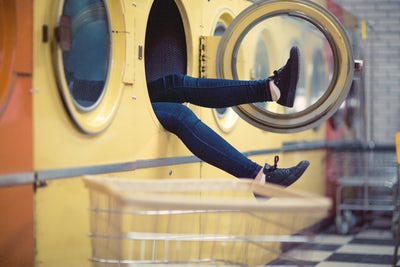 At the start of this year, I published a book about goal setting. In Super Sexy Goal Setting, I stated the goals I wanted to achieve in the next 12 months. Now, with the halfway point of the year behind me, I have almost no chance of producing the three more books I had planned.

So I clearly stated my goals for the year in a book I wrote about how to write and achieve your goals and I may not accomplish them! I haven’t just failed, but failed publicly! This is the most mortifying kind of failure. It is the type of failure that can stop you in your tracks.

In an urgent attempt to recover from my failure-induced despondency I did a little digging. My research found me in good company – many people, some successful and famous – have encountered failure. I can now see failure can be a rich, meaningful and dare I say, agreeable, experience.

1) Failure Is a Chance to Learn What Doesn’t Work

When billionaire business owner, Sara Blakely was a child, her father would ask over dinner what her and her siblings failed at that week. If they didn’t have something to report, he was disappointed. To him, if they weren’t failing, they weren’t trying.

Perhaps only half a book is written by the deadline, or the side business only makes a few dollars or the finish line is crossed well after everyone else has gone home. So what?  It still means that you did better than everyone who never tried. You can do it again and do it better. You learned a lot, gained skills, and now you know what to focus on to improve next time. If you shoot for the stars and only land on the moon, you can still be proud of what you achieved.

Not reaching my book goals in the timeframe I have set has made me realize that I haven’t been prioritizing writing time. Now each weekday I put aside at least half an hour for writing. This will be a new blog post or drafting my next book project. Some of it is plain awful. Most of it is unpublishable. It doesn’t seem like much each day. And that is all fine. The practice is the only way I can get better and also the only way, incrementally; the next book will get finished.

2) Failing Is The Only Way to Get Over the Fear

Understandably, goal setting is associated with a fear of failure. You may set a goal that does not work out. This can mean a loss of time that could have been spent on something else, a loss of money, even a loss of something bigger—a house, a business, friends, your reputation in the community. Of course you fear failure if you associate it with loss in this way, but there are ways to look at failure that don’t have such serious implications.

First, be sensible with your goal setting by making sure you don’t set goals that have more than a tiny chance of catastrophic loss. If you want to start a new business, don’t quit your job and mortgage your house up to the hilt. Start slowly, on the side. Dream big and also plan your goals to minimize the downside.

Second, know that you will fail. Oh you will fail. Sometimes you will fall down so spectacularly and so hard that you are not sure if your tailbone will ever feel right again. But you will also learn to get back up, dust yourself off and keep going.

Once you fail and survive, the fear loses its grip a bit. You learn, as Sara Blakely says, “failure is not the outcome”.  The fear will make you think that failure means the end but it is only the beginning. Maybe next time you will fail better!

3) The Most Successful People Have Failed

All the most successful people have failed. Failed big time. Failure means that you are playing this game called life, not sitting on the sidelines. This list may help you feel better about any of your failures:

Jordan is credited with saying that, “I’ve missed more than 9,000 shots in my career. I’ve lost almost 300 games. And 26 times, I’ve been trusted to take the game winning shot and missed. I’ve failed over and over and over again in my life. And that is why I succeed.”

I am so happy I discovered that failure is merely a way to see what doesn’t work and decide on a new course of action, that surviving failures helps me overcome my fears and that all the best people have failed big time.

The only people who don’t fail are the ones who don’t try. Your true character is built not on whether you failed but on how and when you pick yourself back up again. As billionaire, Sara Blakely – whose family famously liked to celebrate failure – notes: “If you’re not failing, you’re not growing”.

You failed – now go and celebrate! 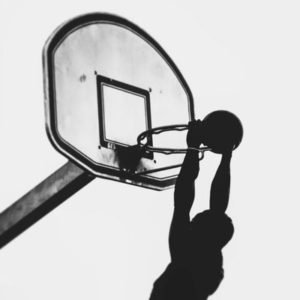